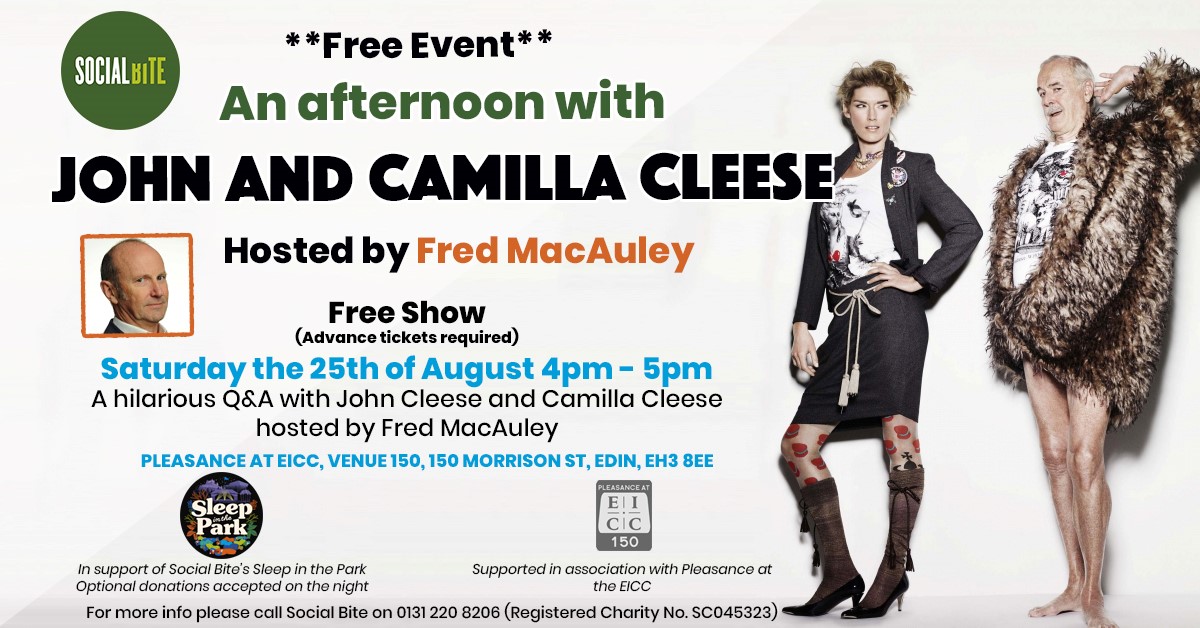 An afternoon with John & Camilla Cleese hosted by Fred MacAuley

Join us for a very special Edinburgh Festival Fringe event on Saturday 25th August at the EICC - an afternoon with John Cleese and his daughter Camilla, hosted by comedian Fred MacAulay. The event will be a hilarious Q&A with the Godfather of British comedy and his daughter answering questions from the audience.

The show is a FREE show with audience members encouraged to make an optional donation to Social Bite at the end - to help homeless people throughout Scotland. John and Camilla Cleese, Fred MacAulay and the EICC are all donating their time and the venue to support Social Bite.