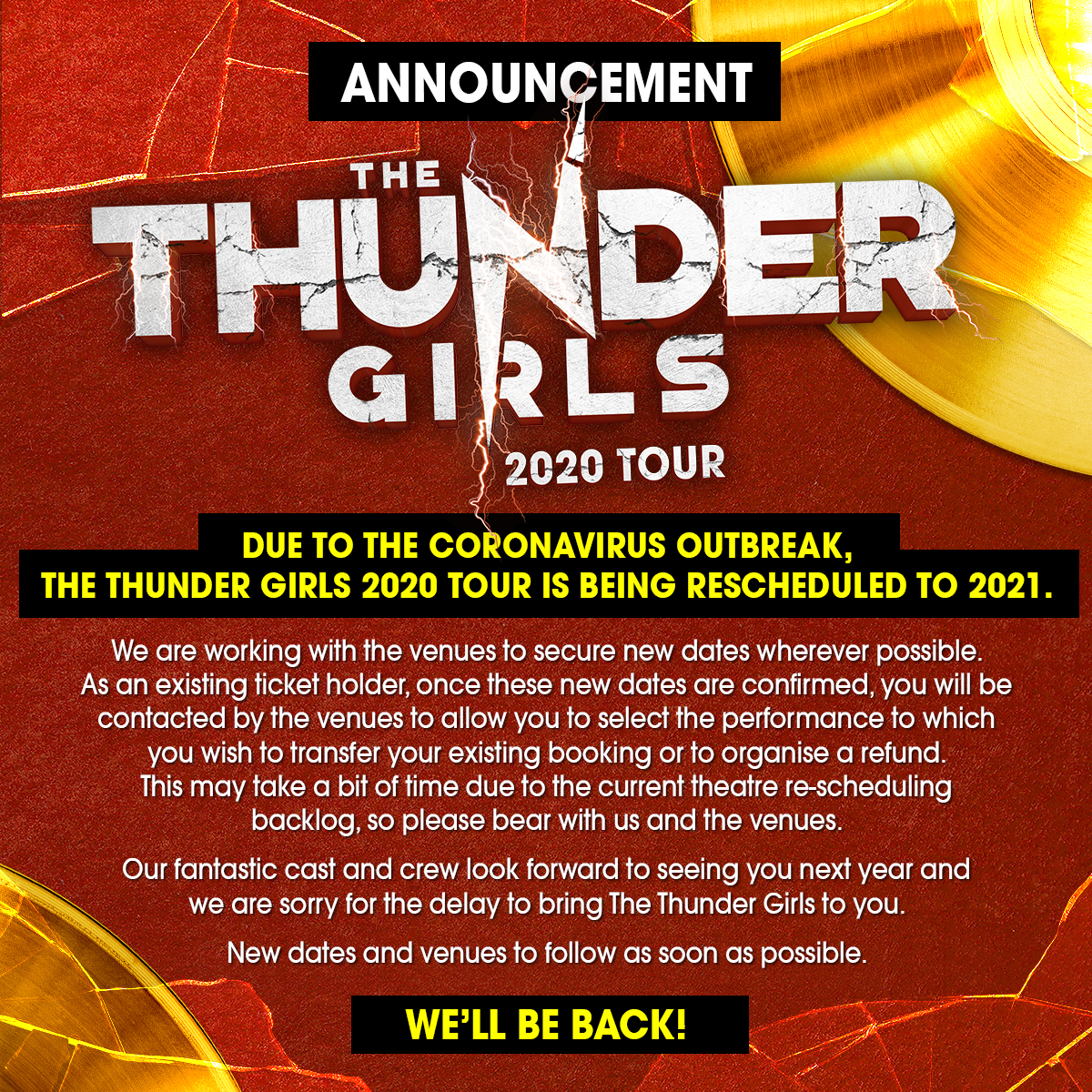 Fame and greed tore their friendship apart,
They haven’t spoken in decades ….

Ever wondered what goes on behind closed doors when legendary bands meet up to discuss a reunion?  What’s really going on behind the hugs and kisses at those reunion press conferences?

THE THUNDER GIRLS were a successful ‘80s girl band until lead singer, Chrissie, sensationally quit the Band to pursue a solo career taking with her, Rick, the Band’s manager.  Chrissie broke the Girl Code as Rick was also the boyfriend of Band mate, Roxanne.

At the reunion dinner from hell, Chrissie tries to reunite the band to salvage herself from bankruptcy after being conned out of her fortune by her toyboy husband.

But is there a price which can heal the wounds? Or maybe some friendships never die, even if you want them to? 30 years later, can lightning strike twice?

New dates to be announced soon